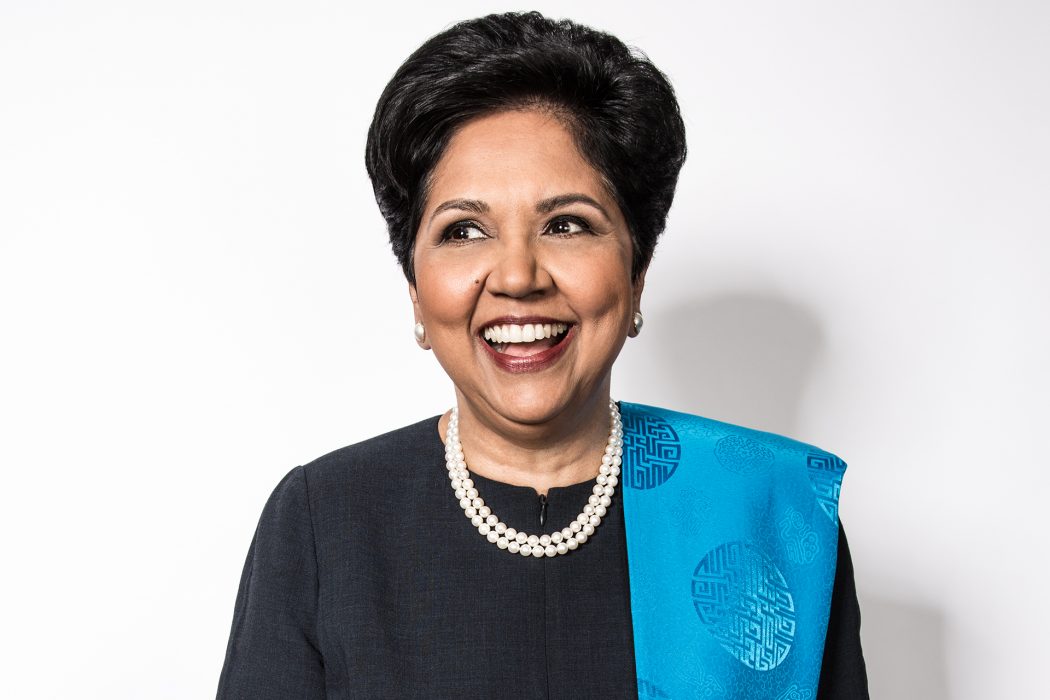 Indra Nooyi was one of the first South Asian women to break the glass ceiling when she became the CEO of PepsiCo, paving the way for a whole generation of South Asian women and becoming a force to be reckoned in the global business world as one of just 25 women who headed-up a Fortune 500 company.

Nooyi was born in Chennai, India. After completing her MBA at the Indian Institute of Management Calcutta she moved to the United States on a scholarship to attend Yale University, where she obtained a master of public and private management from Yale School of Management. Following her graduation, she was a product manager at Johnson & Johnson, an international corporate strategist at the Boston Consulting Group, the vice president and director of corporate strategy and planning at Motorola, and the senior vice president of strategy and strategic marketing at Asea Brown Boveri before being recruited by PepsiCo as their senior vice president of strategic planning in 1994.

I have an immigrant mentality, which is that the job can be taken away at any time, so make sure you earn it every day.

Nooyi moved up quickly and was with PepsiCo for 24 years — serving
as the chairman and chief executive officer for the past 12 years and as the
company’s president and chief financial officer for five years before that.

Her legacy includes purchasing the orange juice company Tropicana and Quaker Oats (which makes oatmeal and Gatorade). By acquiring Gatorade PepsiCo claimed about 75 per cent of the US sports drink market. This was just the tip of the iceberg for the company’s growth though. Very concerned about combatting obesity, Nooyi wanted PepsiCo to offer consumers healthier drink and snack options. To accomplish this, in 2007, she introduced the roles of chief scientific officer of global research and development and senior vice president of global health and agriculture policy, filled by Mehmood Khan and Derek Yach, respectively. As a result the company acquired Naked Juice, Sabra (which makes certified kosher and vegetarian dips) and Kevita Kombucha.

Nooyi sorts PepsiCo’s products into the following groupings: Fun For You (their traditional sodas and snacks that are less health-conscious), Better For You (diet pops and healthier snack foods) and Good For You (healthier food and drink options like hummus and fruit and veggie juices).

In 2014, she was in the hot seat to split PepsiCo’s food and beverage departments but she stood strong and kept the company together. Diversifying their product range put the company in a good position as the desire for soft drinks dropped and consumers looked for more nutritious options. In fact, currently, 50 per cent of PepsiCo’s profits come from the Good For You products they offer.

An important attribute of success is to be yourself. Never hide what makes you, you.

Nooyi also pushed the company into international markets such as China, Russia and India, and was an imperative part of the company’s shift into a more eco-friendly and sustainable business. She also strongly believed in the importance of design — from the packaging to how it was placed on store shelves (which she checked out weekly herself). So, in 2012, Nooyi hired PepsiCo’s first-ever chief design officer, Mauro Porcini, and his department became involved in just about all of PepsiCo’s major determinations and their products are now shaped with the consumer’s experience in mind.

After 12 years as the CEO of PepsiCo she is now chairman of PepsiCo’s board of directors in addition to being on the board of the International Cricket Council, where she will serve as the first independent female director.