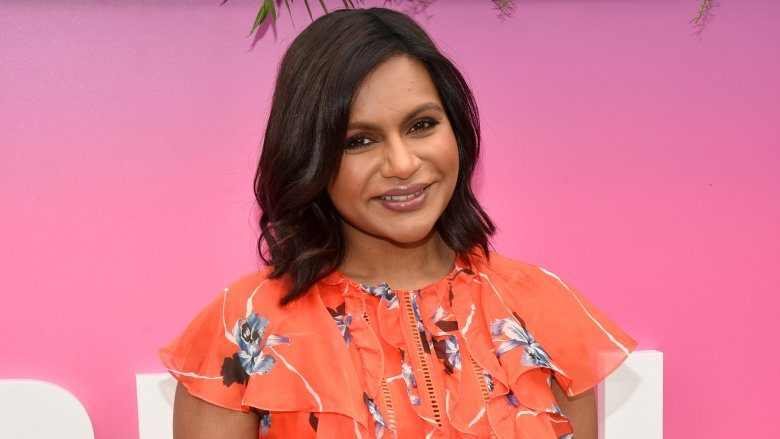 Mindy Kaling is a rarity — an Indian-American female comedian, writer, actress, and producer, who created, ran, and starred in her own TV show. So, it’s no surprise that the word “pioneer” comes up a lot when describing her.

Vera Mindy Chokalingam, known as Mindy Kaling to the rest of the world, was born in Cambridge, Massachusetts to a Tamil father, an architect, and a Bengali mother, an obstetrician and gynecologist. Kaling earned her degree in playwriting at Dartmouth College. While a sophomore at Dartmouth, she interned at Late Night With Conan O’Brien.

People talk about confidence without ever bringing up hard work. That’s a mistake. I know I sound like some dour older spinster chambermaid on Downton Abbey who has never felt a man’s touch and whose heart has turned to stone, but I don’t understand how you could have self-confidence if you don’t do the work. I work a lot. Like, a lot a lot.

In 2002, Kaling joined forces with her friend Brenda Withers to debut their hour-long comedic play Matt & Ben at the New York International Fringe Festival. The play was well-received and caught the attention of Greg Daniels, creator of The Office. He hired the then 24-year-old as a writer-performer and she became the only woman on a staff of eight. Her character, the narcissistic Kelly Kapoor, debuted in the series’ second episode. Her eight-year stint on The Office earned her six Emmy nominations and allowed her to flex her directing muscles as she directed and executive produced a few episodes.

In 2012, Kaling pitched The Mindy Project, which she wrote, produced and starred in, to Fox and the network began airing the series that year. Fox cancelled the show in 2015 but it was later picked up by Hulu, where it continued for another three seasons. The series, revolving around a fashionable, eccentric ob-gyn and her quirky colleagues, garnered her an impressive fan base, quickly winning the hearts of critics and fans alike.

Kaling made her film debut in The 40-Year-Old Virgin with Steve Carell in 2005. She appeared in a few more films, including No Strings Attached and The Five-Year Engagement, before starring in A Wrinkle in Time with Reese Witherspoon and Oprah Winfrey and in Ocean’s Eight alongside Sandra Bullock, Cate Blanchett and Anne Hathaway. She voiced Taffyta Muttonfudge in Disney’s animated comedy Wreck-It Ralph and Disgust in Pixar’s Inside Out. She co-created, produced, wrote and guest starred in the NBC comedy Champions and wrote the screenplay for the upcoming comedy film Late Night, in which she will also star in alongside Emma Thompson.

It’s just that, the truth is, I have never, ever, ever met a highly confident and successful person who is not what a movie would call a ‘workaholic.’ We can’t have it both ways, and children should know that.

In 2013, Kaling was named one of Time magazine’s 100 Most Influential People in the World. That same year Entertainment Weekly identified her as one of the 50 Coolest and Most Creative Entertainers in Hollywood. And in 2014, she was the recipient of a Glamour Women of the Year award.

In December 2017, Kaling gave birth to her first child, Katherine. We reckon there will be witty banter on tackling motherhood.